Complete our enquiry form or call during business hours to have your termite Labrador or pest control Labrador needs attended.

Did you know this about Labrador

Labrador is a suburb in Gold Coast. Its population grew from arond 15,000 in 2011 to more than 18,000 in 2016. Labrador looks over the Gold Coast Broadwater to the east, and Southport immediately follows Labrador in the south.

The abundance of shell fish, mudcrabs, oysters, and waterfowl in Labrador attracted a lot of Aboriginal peoples in its early times. As a result, many Aboriginal cultural sites were established in Labrador with the Yugambeh and Kombumerri Aboriginals consisting most of the Aboriginal population.

It is believed that a Scottish Engineer by the name of Robert Muir pioneered Labrador in the late 19th century after a local fishery in north-eastern Canada, owing to the similarities both held in the recreational fishing of streams and the peninsula shape of the land.

Two noteworthy and historical buildings of 1921 were named after the neighbourhood, a residence called Labrador house and the original Labrador State School.

Currently the Gold Coast City Council endorses the Labrador Heritage Walk, and produces a guide booklet which includes twenty one places of historical interest. Three mapped walks have been designed to note the points of interest. Thanks to a collection of preserved photographs at the local studies library in Southport, the booklet is well illustrated.

There is a deep housing history in Labrador that tells the story of its humble beginnings to what it is now, a gem along the shore. Maintaining a heritage-status home is not easy, it requires constant inspection to make sure it is safe from external damages like termite and pests. For termite and pest problems in Labrador, CTS Termite and Pest Control is the team to call. 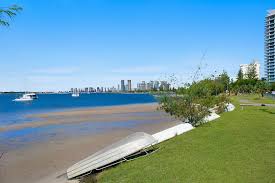