With a professional team who are fully licensed, qualified and insured we go the extra mile to ensure you receive first rate guaranteed service that others could only wish to do. With the latest inspection technology, tools and equipment, CTS Termite and Pest Control are ready to deal with termites and pests in one service call. We have the goal of improving the reputation of the termite and pest control insdustry by:

Get in touch now by phone or enquiry form to have your termite Coombabah needs attended to.

Did you know this about Coombabah

The name Coombabah is an English corruption of the Aboriginal word that has three alternate translations; Koomboobah which means the place of the cobra worms, Koombabah which means place of turtles, and Coombabah meaning home of the turtles or a pocket of land.

Paradise Point and Hope Island are neighbours of Coombabah to the north. To the south, there's Arundel, To the west, Runaway Bay and Biggera Waters can be see. A drive due east leads to Helensvale and the Coombabah State High School. The minor arterial road servicing Coombabah is Oxley Drive.

Sometimes called Coombabah lake, the Coombabah Lakelands It is one of only five sites in Queensland included in the RAMSAR international convention for significant wetlands. The conservation area is surrounded by homes, roads and businesses. The land was bought by Council in the 1980s as a buffer zone for a sewerage plant. In 1994 that Council declared the Coombabah Lakeland Conservation Area. The integrity of the conservation and animal habitat is overseen by several Authorities. There are ten kilometres worth of dirt tracks, gravel and boardwalks for access by the public. For marine habitat the area is a protected fish habitat under the Queensland Fisheries Act and a protected marine conservation and habitat zone under the Moreton Bay Marine Park Zoning plan. Guided bush walks day and night are run by the Council's Natural Areas Management Unit. Three is a carpark on Rain Tree Glen for access to tracks.

Griffith University's Healthy Rivers Institute conduct ongoing research in the area. Over 150 bird species use the area, so conservation of the wetlands aims to ensure migratory birds can use the area, and will continue to come. Coombabah is also part of Migratory Bird Agreements with China and Japan. The threatened migratory eastern curlew rests at Coombabah on its way to Russia or North-Eastern China breeding grounds. A bird hide is accessed off Shelter Road. Brisbane/Gold Coast branch of Bird Observation and Conservation Australia organise guided bird watching visits.

The people of Coombabah are big on conservation, are may be very sentimental people. So when it comes to preserving the integrity of their houses, they have zero tolerance in pest and termite problems. When they have termite and pest problems in Coombabah, CTS Termite and Pest control is the team to call. 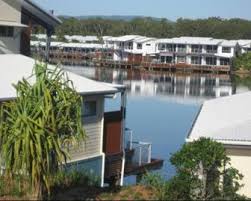