Get in touch now by phone or enquiry form to have your termite Hope Island needs attended to.

If you think you've got white ants in Hope Island then you have termites!

Did you know this about Hope Island

Hope Island is a suburb on the City of Gold Coast with an 11,186-person populace, according to the suburb's 2016 census. Hope Island is the sweet spot between the beaches of Gold Coast and the capital of Queensland Brisbane City. The suburb was named after colonial aristocrat Capt. Louis Hope who was granted around 1800 acres of land at the mouth of the Coomera River because of his contribution to the development of the sugar industry in Queensland.

After arriving in Moreton Bay in 1848, Hope spent the next 20 years building sugar plantations on the edge of Moreton Bay. The development of a sugar plantation called ‘Rockholm’ on the Island was largely undertaken by the Grimes Family. By the twentieth century, the sugar and arrowroot plantation had passed into the hands of the Sheehan and Davidson families. Hope himself never actually lived in the suburb of Hope Island, preferring to live in Ormiston on the edge of Moreton Bay.

Hope Island is positioned on the northern Gold Coast. It is a short distance from the Pacific Motorway. Hope Island has a marina, shops, restaurants, theme parks, schools and three golf courses within close proximity. Hope Island is home to the upmarket Hope Island Resort and Sanctuary Cove. Community facilities include a harbour front dining/shopping precinct, deep water mooring facilities and luxury housing.

Hope Island is currently undergoing major strategic planning by developers, together with the Gold Coast City Council, who advocate mixed use (that is, parallel commercial and residential development).

Hope Island can be considered a resort-type suburb with people residing in it enjoying the fact that it is a sweet spot that works in so many levels. Life in here may be sweet, but it is nothing if not maintained properly. When the citizens of Hope Island face termite and pest problems, they call on the team of CTS Termite and Pest Control to solve the problem. 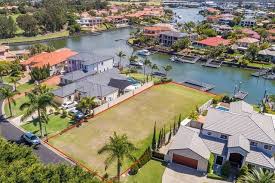